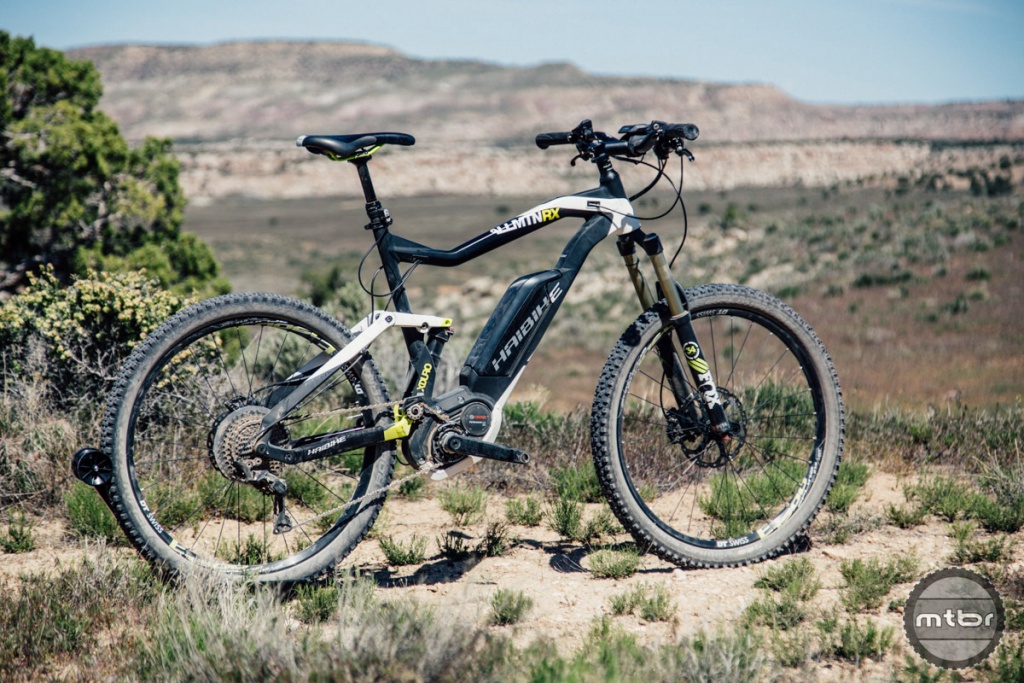 I had the opportunity to ride the Haibike Xduro All Mtn in Colorado a few months ago. It was my first time riding an ebike on trails (all though I have since ridden a few more for work) and it was a blast.

Normally a 40 mile ride with 5k worth of climbing would have been a big day for me, but with the e-mtb is was more than doable. It also made it possible for our group of different riding abilities to stay together.

Now for the bad. The bike. After riding it, I still don't understand why Haibike gave the Xduro ALL MOUNTAIN a 68 degree headtube angle. It felt so sketchy on the descents. The super short top tube didn't help things either. The other things that bothered me were suspension, cable routing, and the lack of quad piston brakes.
Last edited by a moderator: Aug 1, 2020
U

Sounds like you were upset at the head tube angle before you saw the bike But the conversation with designers was interesting. I test rode the sduro version RC, and it was quiet and very comfortable on the easy ride I tried. I ordered the sduro all mtn plus, which is supposed to arrive shortly. I'm hoping the + tires will smooth the handling, we will see

But there are already many choices for FS e-bikes in USA.

Cube, especially, has many high reviews for the 140 stereo. KTM is there also, and iZIP.. and Bulls. So at least 5 serious makers here, and many more in the wings.

PS If cross-country bikes have HTAs of 71ish and DH 66ish, is Haibike so far off on an all mountain with 68?
M

I don't think XC bikes have run 71 as common for a while. I think most XC bikes (Scott Scale for example) are running 69-70.

When I was assigned to the Haibike Press Trip, I was not told what I'd be riding. I assumed they'd be launching a new model, but the event was more about getting press to see what these e-bikes were about. I had no idea what the geometry of the bike I rode was until I got home and started writing my review.

Modern Downhill bikes have headtube angles around 63 degrees. Your EWS race bikes like the Giant Reign come in about 65. A 150mm travel bike like the Bronson should sit around ~66 degrees.

A 68 degree HA? That's modern XC race bike geometry. I just dida story on this. There are a few hold outs, like the Orbea Oiz, but expect to see all new XC bikes launched in the next year or two get slacker.

The one "all mountain" bike I've tested with similar geo to the Haibike Xduro is the Breezer Repack (same HA, 160mm travel) and again, it felt sketchy.For your average novice to intermediate rider, these steep geometries work really well as they make the bike easier to climb and corner. Start to go faster and.....

Of course, HA is just a number. It's the relation ship between HA, rake, front-center, wheelbase, etc...that ultimately determine a bikes handling. Since riding the Xduro, I've had the opportunity to ride some additional e-bikes (some of which have not been released in the US) and my opinion is unchanged.
Last edited by a moderator: Aug 1, 2020
U

I thought the 29rs still had some steeper angles, no?
W

This is broadly applicable across wheelsizes now that fork offsets are usually adjusted to deal with steering trail changes.