You can use all the bicycle components you want to build a 4 wheeler but anything more than 3 wheels is no longer able to be classified as a bicycle. Plus that would suck on single track anyway
E 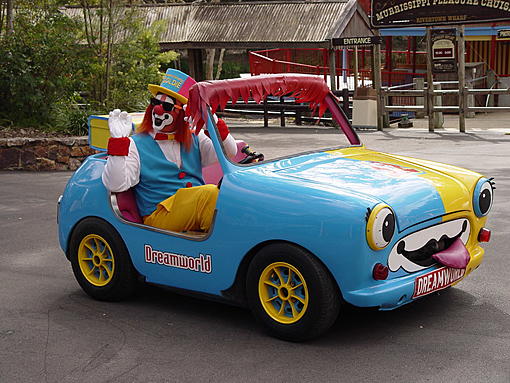 I don't know. If you put some roll bars on it maybe it would be fun on single track. I would like to see a video of it towing some kind of boat. LOL
L

recumbent bike with a top... how novel.

I assume since it's in the ebike section we'd want to put a motor in it too?
B

LEV's are no joke. They have many uses and one towing some kind of boat is perfectly within the realm of possibility. But ones like the POD seem like overkill as people movers, they remind me of the ones at the beach that tourists cram in to and ride the boardwalk. Certainly not as cool as the ones you drink beer on while pedaling.

One of the e bike companies that has done well importing Chinese bikes and branding them RAD is making a tricycle platform that can be used to carry cargo and they also have a Pedi Cab system for it. I think it is going to sell for $1500 because that is what all their bikes to date have sold for. Pretty savvy idea if you ask me. Something as simple as that could replace a lot of auto/truck use.
B

Survey: E-bike + Bike, Use and Interest

A2b galvani parts bike for sale asking 1200 for this bike. The battery works and the bike is complete. I have been having problems with error codes.