Why have I not seen any pics of anything like this?

I may be in a unique scenario, but since an injury has kept me from riding my bike, I’ve been adamantly searching for any info on ebikes without pedals, and aside from the legal requirements, (whatever those may be) the stuff I see looks terrible and or is definitely not something I would want to ride. I don’t go on very long rides that often, just cruise around with my kids, maybe 5-10 miles tops. I haven’t tested out the range yet but as far as top speed goes, I’m currently doing 28 on level road, I know I can do a few things to make it go quite a bit faster, but I think I have a pretty good balance as far as battery efficiency and performance is concerned. This is my first build and I hadn’t done any research prior, I love to learn from making lots and lots of mistakes lol, but at this point I would love some input or other cool diy examples!

This is my 76 Schwinn Stingray, home build ebike conversion. I’ve experimented with quite a few motors and finally just broke down and purchased a big old 48v 1000 watt gear motor.

I am waiting for a thumb throttle to show up, (ignore the speed control box) I have a few small detail pieces I need to add along with my little mini under seat pouch thing which houses the PWM controller as well as my step up converter.

I’m adding another bracket to run another 40v 6ah battery, in parallel, to bring it up to 12ah, but in reality, running the one will probably get me most places I’d ride to on a day to day, but will be nicer and I’ll feel better about adding an adjustable low voltage cutoff.
Personally I like the simplicity, it’s my style and it’s really comfortable. So while it might just be my opinion, I’m really into the nostalgic conundrum it represents and I think it’s pretty cool. (Even though I thought it was pretty cool as a “normal” stingray bmx conversion.
let me know if you want any technical specs or more pics, I put a couple ‘before paint’ close ups in there, but will update as I finish this thing over the next week... I have to because I already have another one in process! haha


you have alot of room center frame for a huge battery box it looks like. 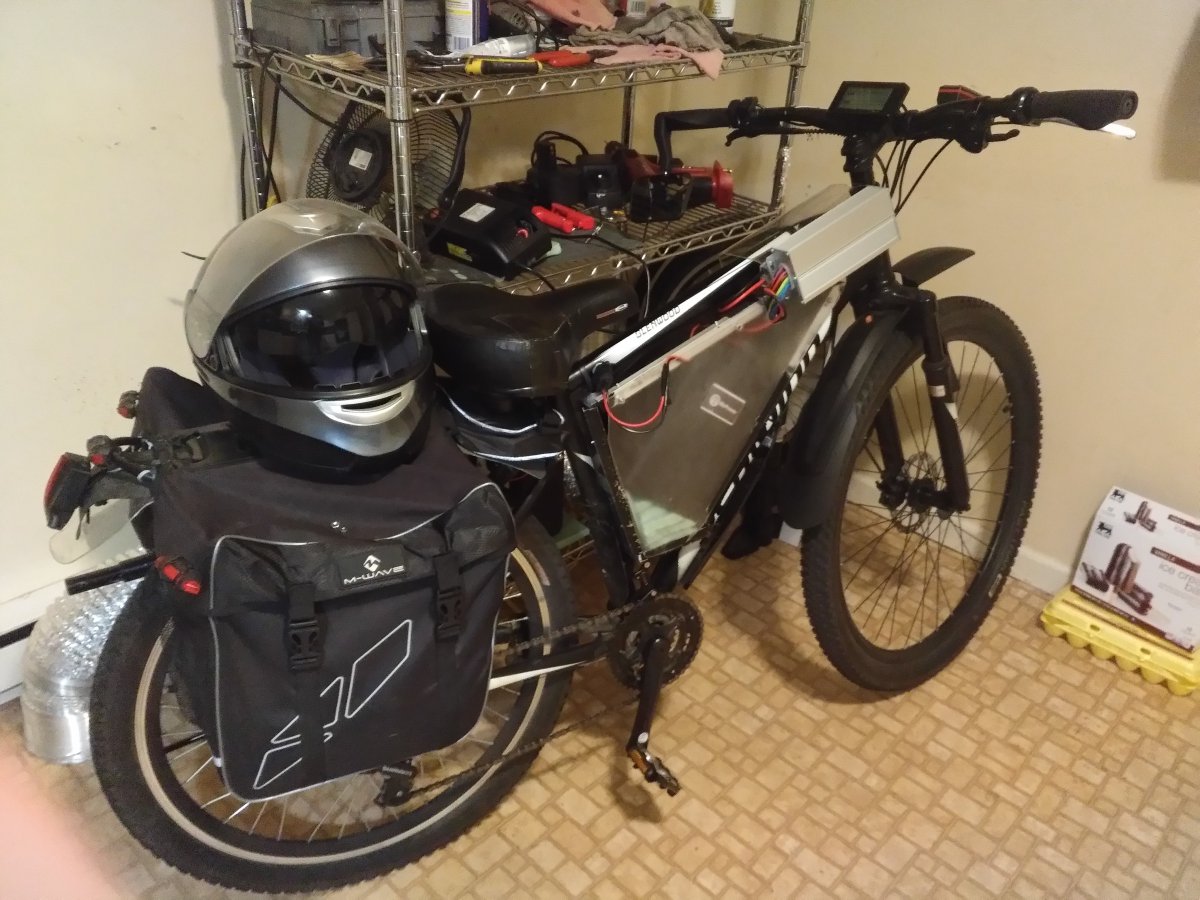 Update: it’s fast. I’m draining the battery FAST .. 5-7 miles on the single 40v. I think it has something to do with the fact that I’m getting 60v out of it with my 1200watt step up converter. Waiting for my 99ah (still skeptical on that) battery to show up from its voyage on the slow boat. So in the meantime I made this out of the left over parts from the donor bmx and the stingray. This one is a bit rough, but man do the my kids love playing with these things! It feels great to be out riding around again, I now have 3 of these ryobi 6ah batteries so I always have one ready to go.

I hit a big milestone today!

Meta power sx 2020 not switching on

Mike from Florida been an avid cyclist since birth.