Beautiful. I need to start doing this. The only thing I have been taking a picture of is - my display showing miles and volts after each ride.

FrankR said:
Beautiful. I need to start doing this. The only thing I have been taking a picture of is - my display showing miles and volts after each ride.
Click to expand...

I started 6 or 7 years ago. I can look back through the pics and vids and remember taking them, remember the day, even some of the bruises. Glad you enjoy them Frank, ride safe.

The beginning of May I had my 1st crash of the year. Riding through a local park in a turn to the right I had the front rubber shift about 6" to the left on... moist asphalt, it wasn't raining but overcast, wet, and a little mossy, most everything in the PNW is at this time of year. In a blink of an eye, I was on the ground on my right shoulder, it's always my right shoulder for some reason. The turn is around a newly installed park bench that had two HS kids sitting on it. I had gone wide to give the kids some room and had to turn a little tighter than normal, wet, moss... I'm trying unsuccessfully to give a reasonable reason for crashing so that it doesn't look like I'm just a dumbs**t. The truth is that I saw them approaching the turn and could possibly have rolled around it even a little faster than normal... to give'em a show! Great show. BAM! I was down. I knew it wasn't bad almost instantly, I've felt "bad" and this wasn't even close. I jumped right up, what with the audience and all, the boy was standing and asking if I was ok. I laughed it off and assured them that unfortunately, this wasn't my 1st rodeo. I got the bike up onto the center stand, was looking it over for damage, and glancing over I saw the girl was crying, adrenalin I suspect, I could relate. I went over and calmed her down some, laughed it off, and told her she was a sweetheart for feeling and showing concern for a stranger. Quick glance at the bike and she looked ok so I hopped on and rode off. I knew instantly that something was dicked up. I could feel "it" in the right pedal as it rotated. I stopped pedaling and used the throttle... nothing new, nothing unusual, no noise, no vibration, cool. Turn the cranks again and the peddle was working against my shoe. I stopped to take a look and noticed that the end of a new peddle was chewed up pretty good. The red anodizing had been scrapped away. Then I saw that the right crank was bent. Luckily, it wasn't touching the side of the motor and could still be ridden but was bent enough that the shaft of the peddle was oscillating on each rotation and working against my shoe. I could easily ride home it was only a few miles but it was a nice day and I wanted to ride. Looking around I found a rock about the size and shape of a coconut, it's easy living this close to an active volcano, what's not easy here is digging a post hole. I pulled the crank off and using the rock pounded the crap out of it. It's a testament to Lekkie build quality just how little I could straighten a piece of aluminum, but it was quite a bit better. Replace the crank, buttoned everything up, and took off. It wasn't until about an hour later that with a start I thought about the Scotty Makes Stuff gimble that was mounted on the right side of the handlebar.... s**t. I stopped and sure as hell, it's smashed, actually, the 3D printed part kinda shattered. I was amazed it was only a single replaceable $4 part that had broken. $4 part and $35 shipping. $5 pair of shoes, and a $10 shine, the story of my life. That night sitting on the couch I reached down and touched my left inner thigh and found a lump the size of a walnut and a pretty good bruise, never even noticed, other than that... not even any road rash. I ordered a new set of cranks from New Zealand, and the gimble repair part from Australia, it's a weird world we live in. The cranks arrived polished aluminum rather than the black I ordered, so I will have them powder coated and have a backup set once I get the bent crank fully straightened. I rode through the park the next day and found exactly where the end of the pedal came down on the asphalt, it probably saved some damage to the bike and paint taking the majority of the impact. I'd be ecstatic if this is the crash of 2022 rather than the 1st crash of 2022, hey, what could possibly happen in 7 months? Everyone stay safe. 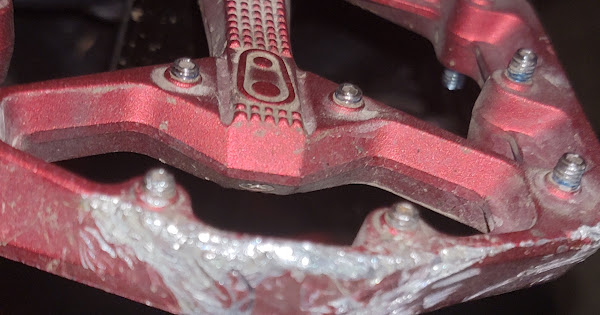 4893 air miles and the weather is almost exactly the same as home grey and rainy. Got back and finally got my Kuat piston pro rack. Tested it out by taking my bike up to Aaron's Bikes in Seattle for a big service, full drive train replacement, new chain ($18.76), new Bling Ring for the BBSHD ($100.00 w/shipping), new Rohloff gear ($28.00), new brake pads ($23.00 per set X 2), new chain tensioner ($87.28), new 203mm Rohloff brake disc ($111.00 w/shipping), skewer set replaced with a set of Pitlocks ($68.50), and changed the oil in the Speedhub. Everything that I could do myself and Aaron points that out every time... but I didn't f***ing want to. Seriously though I take it up to have him look at everything yearly regardless of how it riding. He's a pro and I'm just a jackass that likes to ride. I change brake pads several times a year depending on wear. I try to get 6 months out of a chain, the Rohloff gear can be flipped over getting between 2000 and 3000 miles per side. I carry all three parts with me and have swapped them all while out riding. The Bling Ring lasted 20+K miles and probably would have been ok for another year, but maybe not and I would rather be safe than sorry. $200.00 for the service and expendables. I've been telling myself for 6 years that it all comes down to having a bike stand... that's why he makes it look so god damn easy. If I had a bike stand I could do anything! Just ordered a Park PR-25 ($354.99) so I guess this year I'll see if that's true. Going to be nice to have a stand with me anywhere I go. Pulling the back wheel for a flat on a heavy ebike is doable with a center stand but it's a pain in the ass. Being able to flip the bike over and lift the rear wheel out is going to be sweet. Good to be home.