Deciding between these 2 bikes , the price difference between them is about 900 euros.

Is the COMP version worth the 900 euros more ?

Can you notice the battery 460wh vs 504wh difference ?

The more expensive bike gets you
1. Dropper post
2. Bigger battery (by 10%...will you notice this, maybe)
3. Better fork...35 mm stanchions on the revelation vs 32 on the reba. Probably a big deal because these bikes are heavy.
4. Better brakes (though I've never used level t brakes with 4 pistons, which the cheaper bike has on the front, I assume the guide RE's on the more expensive bike will be better overall). Probably want the guides because again the bike is heavy.
5. GX vs NX derailleur, probably the least noticeable difference.

So better brakes, fork, and a dropper post...probably worth the difference. Personally, I would want the parts on the more expensive bike. And if not all of them, at least the fork and brakes. If I was trying to save some money, I'd price out XT brakes (my preference) and better fork (probably a yari or pike), and consider selling off the stock Reba fork and Level T brakes from the cheaper version. Then see where I'm at price wise. It's probably easier to just buy the more expensive model.

Ideally, if you could test ride both and see how much difference the fork, brakes, and dropper matter to you, you'll be much better equipped to decide.
C

Agreed if you ride hard at all get the comp. The fork is junk on the base. I did just get the base model for the wife. I upgraded my revelation fork so i had that to kick down and had extra guide brakes to give her also. The battery shouldn't be an issue since she's much lighter than me so she should get more range even with the smaller battery. The comp is a complete bike where the base you need to upgrade a couple pieces to came it an overall package.
G

I got the wife the same bike as mine so I had spare parts available or I could ride hers if mine was in the shop. She rides a medium men's which is small for me but I can jack the seat and make it work.
R

Well i'm quite light , about 68kg.
But seems like the COMP is worth the 900 euros , because eventually you are going to spend that 900 nevertheless

I can't find any info about 4-piston SRAM Level, that must be a typo in Specialized spec sheet ?

Unfortunately we don't have a testride option in our country
R

Definitely go for the comp. I don't know your weight but that bike is heavy and you want the better fork.
Last edited by a moderator: Aug 10, 2020
C

Unless you have spare parts laying around yes the comp is worth it. The brakes are ok not great after taking it out last night. Will be bolting up the guides I've got on stand by. 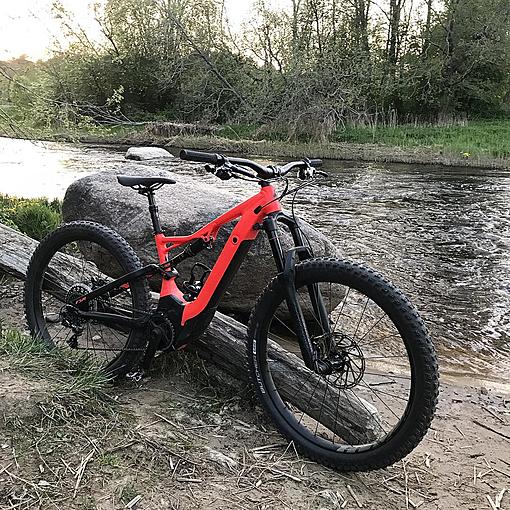 How is it? I like the euro colors a lot better. I suspect the colors are more black and stealth in US so they don't attract attention. I don't mind that mine is mostly black since the "purists" have their pitch forks out and tin foil caps on over here.
G

Nice. I am at 2000 mi / 3200km and couldn't be happier. Had to get warranty work done on my Avid Guides. They replaced the lever/assembly on both bikes. Make sure you get some spare 11sp quick links for your chain and keep them with your tools.
Z

Exactly why if I get this bike, those brakes or coming off first thing and some nice Saints are going on.

SRAM should just stop making brakes. From the dreaded turkey gobble, to the road hydro seals and now the Guides being fun for you and my buddy. SRAM needs to put the brakes on making brakes. Otherwise, someone may break something
K

Discussing the hacking of eBikes to make them no longer Class 1 is prohibited. Please take the sort of talk off these boards.
R

In my country there's probably about 3 ebikes maximum, so i didn't even thought that discussing "hacking" might me a problem in some countries, i totally understand everybody who's concerned and i'm really sorry if i upset some people, i really didn't meant to do that!
Enough of that, let's talk about bike!

The bike is awesome, and so far the brakes are good, SRAM GUIDE RE's are actually mixmatch , using Guide levers and Code calipers! Combined with 200m discs they really do stop you!

Also the suspension tuning needs little bit different approach than i'm used to, you have to set rebound pretty fast.

Lot of detailed pictures i made for review that my country dealer is putting it up on his blog.

If you have any questions, feel free to ask!
G

My Avid Guides never had any problem with stopping power and my riding weight with bike and gear is around 260 lbs. The problem I had was that in the hot sun the levers did not want to return and were sticking. Avid upgraded my levers to the RSC model and so far they are working great! I had two different versions of the Avid mechanical when they first came out, then I have 10 yr old Juicey 7s that were great and are all original. Luckily I missed all the versions that had problems with the calipers sticking but it looks like the new updated Guides have everything in order so far.
K