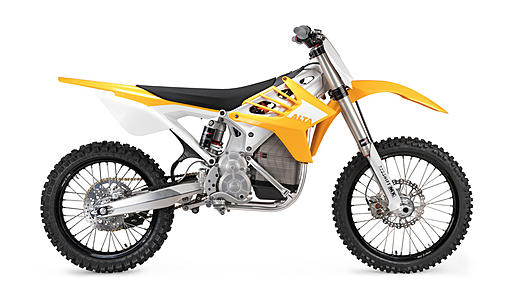 Just checking out what else is out there in the electric 2-wheeled world, in contrast to e1mtbs. Figure it'd be useful to see what exactly isn't class 1 that's on the market. Figure if it's made, someone will eventually buy it, even it takes clearance pricing, and would be looking for various ways to use it.
Last edited by a moderator: Aug 1, 2020
V

Alta Redshift MX in competition vs 250cc class in Redbull Straight Rhythm
- The motorsports crowd seems to have a similar defensive attitude vs electrification. The ones that see it in positive light, see future possibilities like indoor and inner-city use

The game changers seem to be the low price options, such as this electric dirt bike offering: 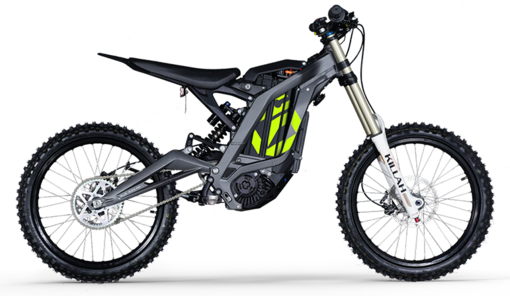 Sur Ron Firefly $2850 - 3500 USD ($750 SH from China, $160 from US distributor)
https://electricbike-blog.com/2017/1...2ah-dirt-bike/
https://evnerds.com/electric-vehicle...-bike-sur-ron/
~120 lbs, 3.3 kW (6 kW peak) mid-drive motor with 10 Nm torque (25 Nm peak, 200 Nm at the wheel), 60V 33 Ah 2 kWh battery, 45 mph top speed, 3 hour charge time, run time 90-120 at low speed, life expectancy: 500 cycles to 80% capacity
- Even I'm impressed by the engineering for the price. I can see a lot of these selling. Reviewers admit that it's not welcome on singletrack and limited run time is a big con
- Luna's pedal add-on looks like a joke xD
- This is going to be a big danger. It's such a high value product, that it'll sell itself once it gets exposed. If someone shares a video of witnessing one laying down MX tire tracks or ripping up the singletrack where motor vehicles are banned, people might join them instead of shaming them. Best hope that its price gets jacked up
Last edited by a moderator: Aug 1, 2020
B

Yeah, the sur Ron has nice nicest chassis out the among the moto-lite "ebikes". I think it'd be a great base to build upon, and I wouldn't be surprised to see a group of tinkerers do just that. It's cheap enough that it's still within toy budget range, unlike many in that category as well.

Possibly a moped in CA since CVC 406a (apparently) doesn't require pedals for propulsion on an electric-power two-wheel conveyance. The power and a few other incidentals might need modification. Be a hoot as an errand-machine too.
B

This is a decent overview of the current e-moto market, he doesn't touch on the Stealth or it's cheaper chinese clones though.

I have no problem with ultralight eMX cycles, but I do have an issue with "pedal kits" for them. These motorbikes have a great future ahead considering the popularity of X type stadium sports: switching to much quieter and fume-free machines will happen sooner rather than later. Even though range is not an issue in these events there will be lots of R&D money spent and the inevitable consumer models will only get better and better. Really I cannot see a downside to replacing all off-road ICE vehicles with e-machines of the same weight and performance. It won't happen for a decade or more, but it will happen.
Last edited by a moderator: Sep 7, 2020
V

All done for awareness and education. Figure that those who are really motorheads that are into electrification will move into e-MX on moto legal trails, and allow mtbers to see what's clearly illegal on multi-use trails, which might be limited to e1mtbs only.

Prices are becoming less prohibitive, so plans of action might need to change a little. Good to have some preparations to preempt this, rather than fight like cats and dogs with "discussion".

Any new rules negatively affecting normal mtbs, based on motorized activity, is unjust. I wouldn't worry too much, since anyone passing something like that risks the act virtually becoming career suicide. If anything, there will just be rules on e-bikes in general, unless the industry can do something about it. Those thinking about class 1 might decide to spend money on a regular mtb if laws become more prohibitive. The industry might have to do something to protect their market, and that could be a good thing for all those looking to play nice and share (like motion activated cameras, to help with enforcement).
D

I'm completely happy with my E mountainbike but I recently sold my dirt bike. The Sur Ron will probably be my next purchase. I've been waiting for a manufacturer to offer a good cross between a mountain bike and a dirt bike.
B

I noticed MC tire marks for the first time on a fairly remote MTB trail the other day. Hope the Sur Ron wasn't the reason. Still might procure one for desert expeditions on MC trails though.
V

I'll answer the question of why one picks one choice over another. Was a mess of off-topic posts here, but I see they got moderated. In short, it's about selecting the right tool for the job.

- What's the job? Getting yourself out of your seat, behind your screen, and onto the trail? To test something in a specific type of environment? Explore places where bigger and heavier vehicles can't go?

- Is there some goal or ideal result(s) that you'd like to achieve? Go further, faster, and higher in a certain amount of time? Observe the world and how it's changed? Feel good about yourself? Reshape your body?

- What tools are there? Walking/hiking? Running? Driving/shuttling as far as you can past the undesirable stuff and finishing the more desirable with manual labor? Bikes (road, cx, hybrid, cruiser, mtb, etc.)? Other wheeled vehicles: unicycle, recumbent, off-road skateboards and roller skates, wheelchairs, trikes, quads (non-motorized)? Powered versions of all of the wheeled vehicles? Higher powered motorized versions?

Why do people pick mtb and shuttling over other options? They likely chose it to address the earlier 3 questions better. I chose e1mtb to ditch shuttling, including shuttling to the trailhead from my house, and to ditch weight weenie upgraditis. I still look to fulfil the jobs and goals I had when I was riding a normal mtb, yet fit within more limitations. I still have a normal mtb due to those increased limitations (legal issues), but without them, I feel like I could possibly get away with it being my own bike. What I spent on my e1mtb is 35% less than what I spent on my last regular mtb, a Yeti SB5c customized with carbon wheels and other carbon goodies.

This is just a case of evolution and adaptation. Mtb has long been moving away from weight weenie dirt roadie style riding. Electrification is rapidly maturing. It's only natural that this sort of morphology/phylogeny happens. People take two or more good things, combine them, and, viola, create something new.

It's just a new option. It doesn't replace others. Lightbulbs haven't totally replaced candles, oil/kerosene lamps, and torches. Cars and motorcycles haven't replaced bicycles. Elevators and escalators haven't replaced stairs. People used to buy huge toolboxes, filling them with tools with individual handles, but different sized/shaped heads, from screwdrivers to spanners, until someone thought of a way to use the same handle and just swap the head. Now you have crowfoot and screwdriver bit attachments. You have SUVs and wagons, Porsche 911 and Ariel Atom; different options that could serve the same job, but have differences that meet specific needs better. 26" is still around, despite the wave of 27.5" influence encouraging makers divest in 26", since there are still a market of people looking to ride bikes who are under 5' tall, namely children. They might want a capable bike too, perhaps to hang with their dads, maybe one with pedal assist to aid in that goal.

The only issue I see is presumptuous judgment. People are narrowing their tolerance based on semantics of terms like motorized, and how they happen to judge "motorized". Debates surrounding semantics and categorizations have always highlighted one flaw: giving simple definitions to stuff is virtually the definition of being narrow-minded. Ironically, in order to try and simply communications, narrow-minded scholars created new terms to define things that were seen as distinct, to combat how words were having their meanings stretched. It's up to the masses to use them though. Who uses the term ultracrepidarian anymore? People these days just use rude, idiot, or maybe even troll, for anyone they find to be disagreeable to their standards. How many end up being unable to figure out why they're called such, and end up questioning that, rather than continue with the original topic? Even celebrated philosophers can succumb to the flaws of such behavior--Plato was applauded for his definition of man as a featherless biped, so Diogenes the Cynic plucked the feathers from a cock, brought it to Plato's school, and said, "Here is Plato's man." Do you feel like you got your veggies servings if you drank tomato juice, or had peppers, okra, cucumber, pumpkin/squash, or avocado? Was getting your veggies really the point of eating/drinking them, or were you after specific nutritional health benefit, like lycopene and because one or more of them pleased your tastes/tolerance more than other options?

I'm clearly pointing out the different weight and power classes here. There was a gap between moto and bicycle that's getting filled out here. It's interesting to me, since I worry about how legal my e1mtb is, and I was curious what moto trails look like and how they ride on an ebike. If they're not fun on a mtb, but look to be fun on a proper MX bike, and I can afford one, then why not? It'll be a new goal of checking out the MX side of things, since I'm admittedly ignorant about it. That means I'm unfamiliar with maintenance regarding their combustion engines. Right now, the reasons for why not is that I don't know where the welcoming trails or people are. All I know of are the MX tracks, where'd I'd be trying to hit doubles and triples. I haven't even tried a BMX track. Might be worth a look to expand my world. Trying to avoid the presumptuous judgment that all MX trails are all loose with deep grooves, prone to poor drainage, and get branched out more and more after each rainfall, and won't be fun on an ebike. Might make me more level headed when I talk to the troublemakers on mtb trails, since I'll be asking them where the good MX trails are. xD

Several Things You Should Know before Having An Ebike