My first hub motor I got sent to me about 8 years ago. Close to 9 now and I still own it. It was a 1,000W front direct drive kit. I ran it with 12S - LiPo for a while and one night when it was dark hit a broken section of road and flipped the e bike. It was about 6 years ago. Maybe 7. I cracked a rib and was sore for almost two months. I did not run it for a while as was building chain drives. Fast forwards to 2020 I moved to Ohio from upstate NY and the rim on that hub motor was bent. Upon further inspection the rim was cracked, and I had a bike shop put it on a new rim.

However, that was not the only problem. The wires were damaged coming out of the axle space. It was shorting out. I took the cover off and re wired it and it worked the several times I ran it about a year. I hooked up 20S - LTO about a year ago and it stopped running after about a mile. I used telephone wire for the sensor wires and the wire I used for the phase was not very thick compared to what was in the motor. I took wire from the stock 1,000W controller for the phase wires and cut off the sensor wires and ordered a 1,000W - 38 amp - 60V - Green time sensor less controller.

I also have an e bikeling 500W geared hub motor on the front of a Giant Roam with all 21 pedal gears in the rear. I also bought 6 - 350W Bafang - geared hub motors. I have two on a vintage 90s DimondBack Outlook. With just the motors and no battery it weigh only 40 pounds putting the rear tire on a bathroom scale.

I also put one on the front of the 26" dual suspension that has the 48V direct drive on the back. I am thinking about removing the 36V front motor though as 50V - LTO weighs like 35 pounds and 60V like 43 pounds or more. I do not wish to add 12 pounds of LIFEPO4 batteries to that to run a second 36V motor. It would be great if I could run both motors with 50V - LTO but not sure how the 36V Bafang and controller would hold up? That would be my second question.

I watched this video so have one person's opinion but like to go with more opinions based on experience.

I have had the direct drive apart several times as well as several brush chain drives and soldered the inside wires and terminals. I never took apart a geared hub or brushless chain drive, however. I know e bay has parts to rebuild those Bafangs. I would love to run at 50V if possible but not if it will kill the motor/controller. I know they make steel gears to replace plastic but make a lot more noise. I really want to learn how to rebuild hub motors but not sure if I would want to rewind one. That would be very tedious.

I have a spare 800W hub controller and 1,000W that are 48V but do not see a good source for new or used hub motors not sold as a kit. Battery Clearinghouse HAD a lot of 350W Bafangs but are all sold out. When they ran out of the motor AND wheel for $45 each, they sold just the motor for $23 until they ran out.

My third question is does anyone know a good NEW source for used hub motors and can a 36V motor be modified to run at 50V with no damage?

Thanks, and please let me know.

I am working on the dual motor 26" dual suspension.

I have really bad Carpo tunnel. Right hand. It is a problem riding an e bike more than a mile or two now. Right hand goes numb.

I am wondering if a third left hand throttle is possible. Dual throttles and dual motors?????

With a front hub and suspension fork (NOT RECCOMENDED) A really light touch is required for smooth take off. Might be worse if over voting a Bafang up front. That is why I like a throttle on right as right-handed but when going > 10 mph would like the option of switching to left thumb throttle.

Could someone please let me know if possible.

I use a Throttle Rocker on my motorcycle to relief the hand muscles on long hours in the saddle.
It allows the usage of palm instead of grip to operate the throttle, maybe something similar can allow some relief to your thumb?

For ebike with two hub motors: 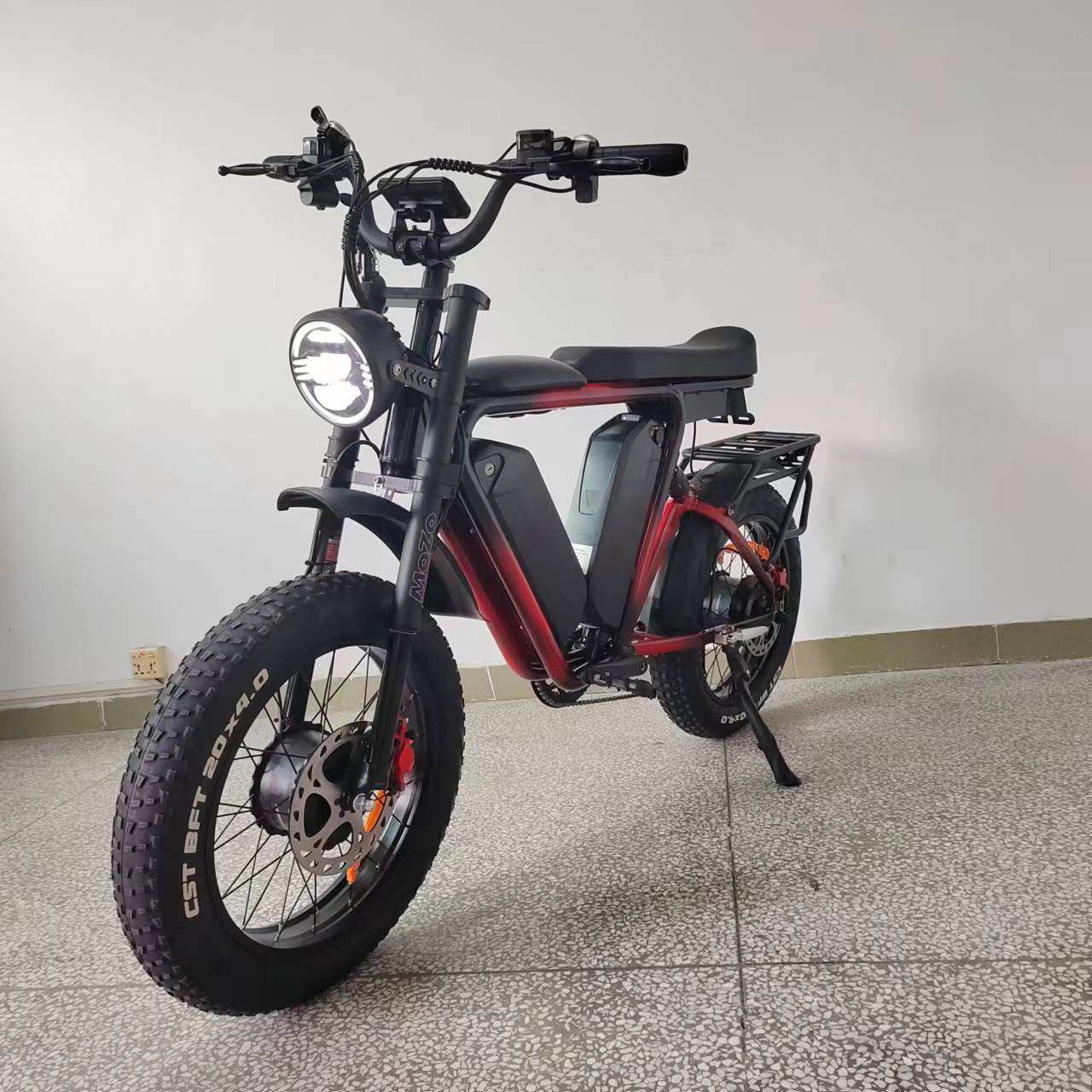 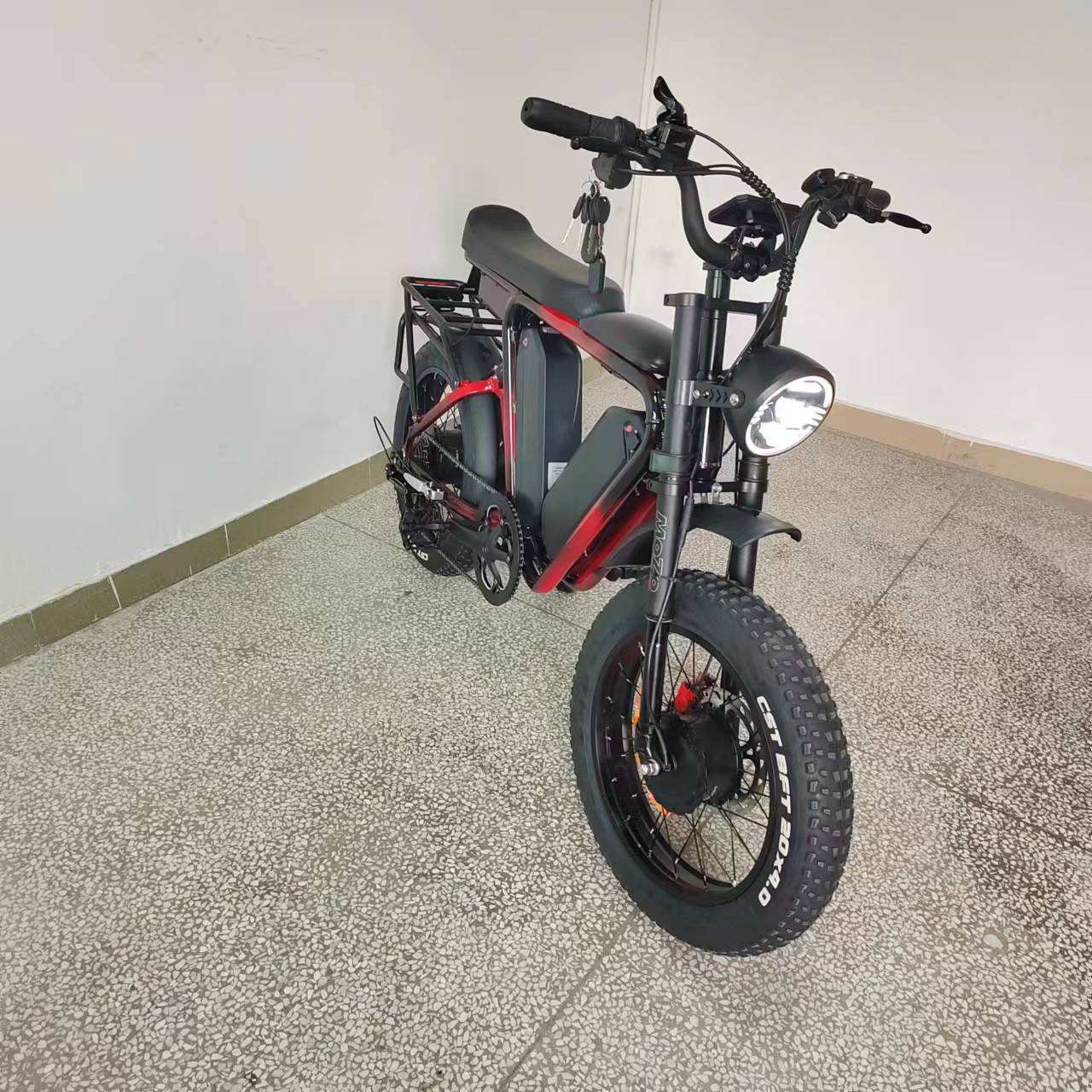 From the pictures, it seems to only have one throttle.
C

I am NOT wanting to destroy motors, however. Put it this way. If I were to be riding at night between towns or cities with an e bike AT NIGHT. COUNTRY. LOL.

Basically, it increases your chances of becoming a dog's turd. , Road KILL or other messy s**tuations.

We live on a dangerous planet.

I will save my motor and power for when I might need it by using it sparingly. Unless just zipping around town. lol 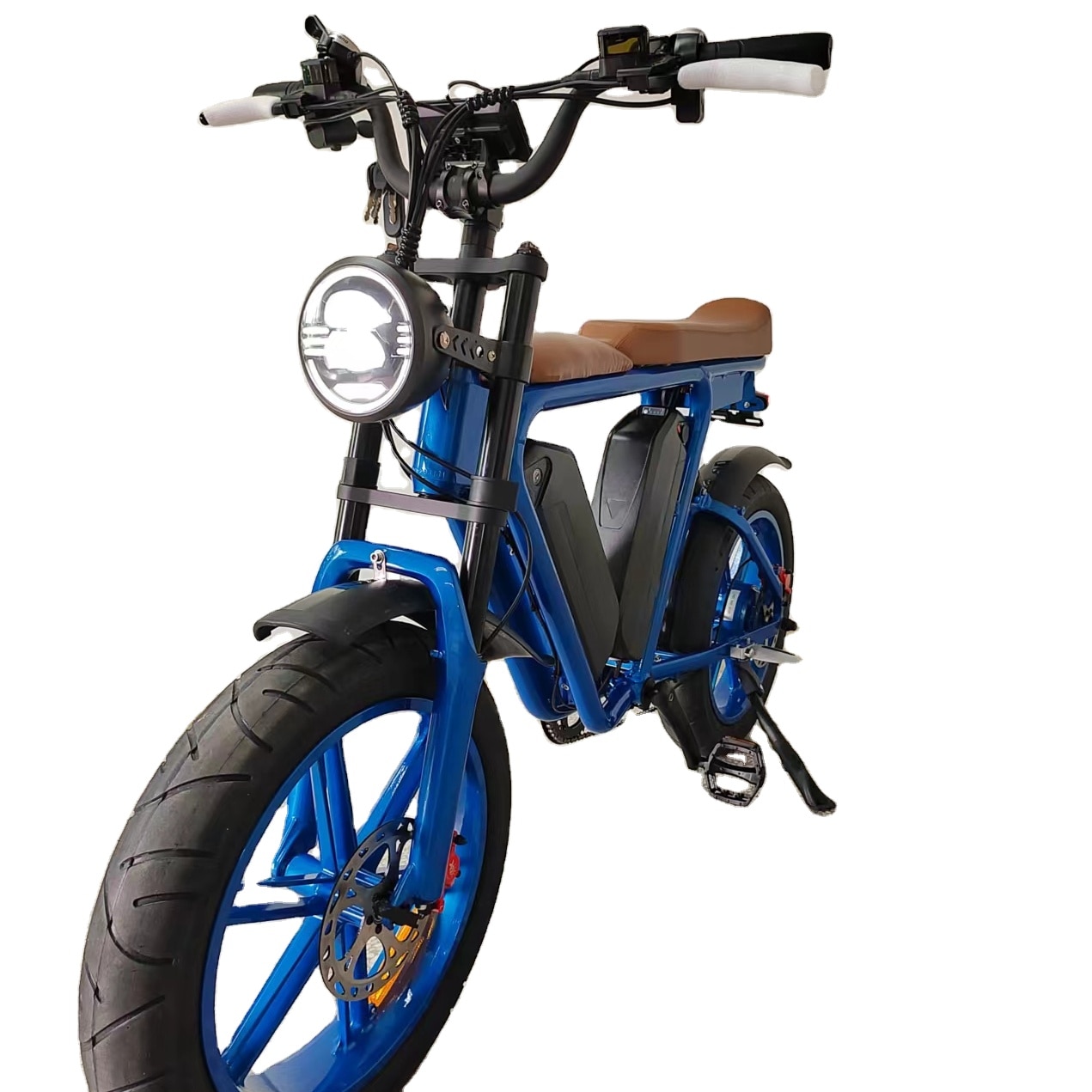 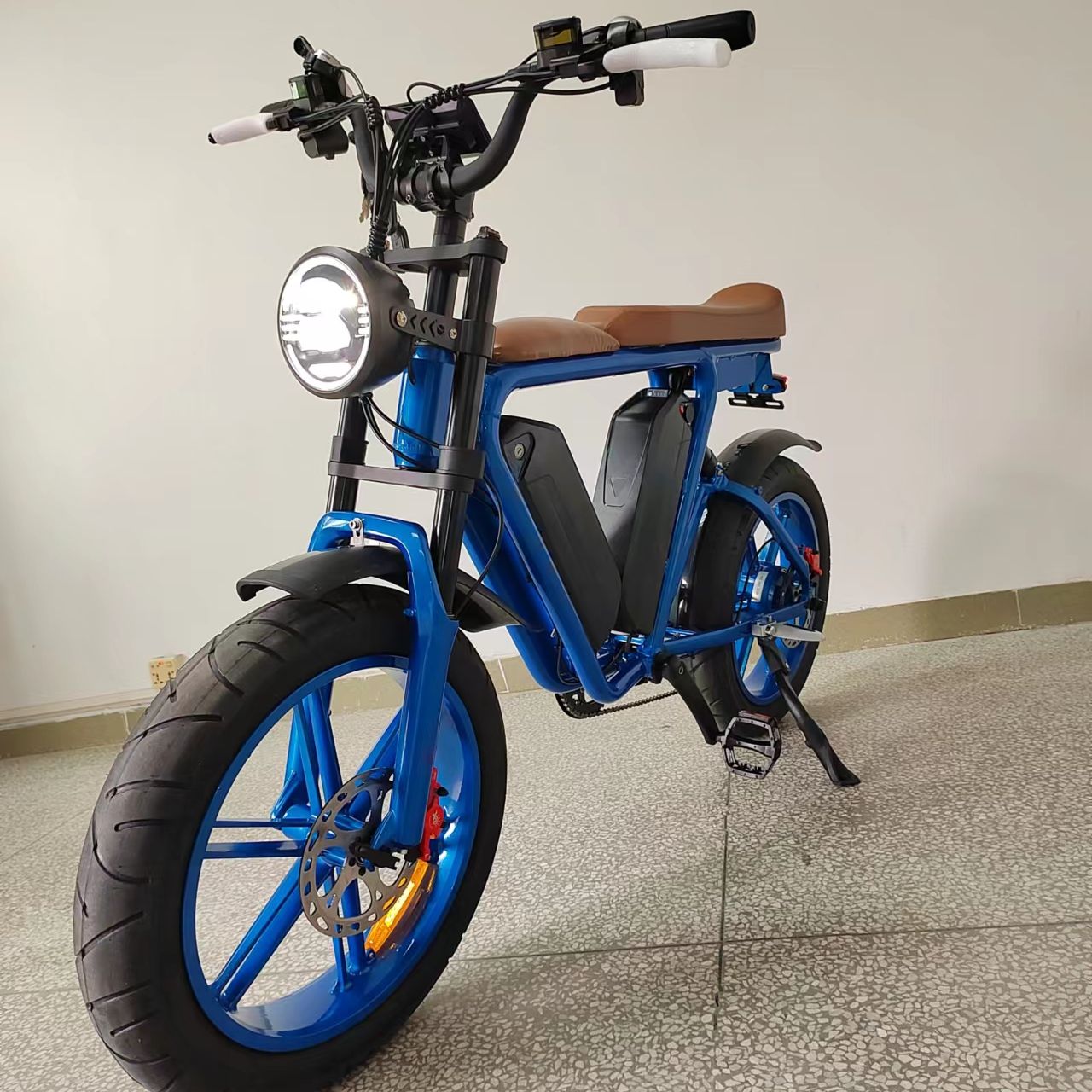 I can get 20 miles easily. The rear 1,000 direct drive was a gift and had it over 8 years, The front Bafang was used from Battery Clearinghouse for $45. They ran out of them.

I notice the difference between my old 15S - 5P - LIFEPO4 packs and my 1,200W - 13S - 7P - lion vs the LTOs. The LTOs have a lot more power especially when engaging both throttles up a little hill or when accelerating. The LIFE packs died. I found them at 0V after being on a charger overnight. Not sure the cause. I tossed them and the charger. I still have the 13S - 7P lion pack. I bought a new 4-amp charger exclusively for it. I am not running it with that e bike though in the pictures as 1,000W + 350 = 1,350 minimum.

I ran the 13S - 7P - Lion with the dual Bafang motors. 700W. I need to hook up the speedometer app but am guessing at least 25 mph. Both e bikes are running great and will be working on chain drives soon as want a 20" e bike as will take up less space in my hallway. My storage is less than 3 miles so can always go get a larger bike when I need it. 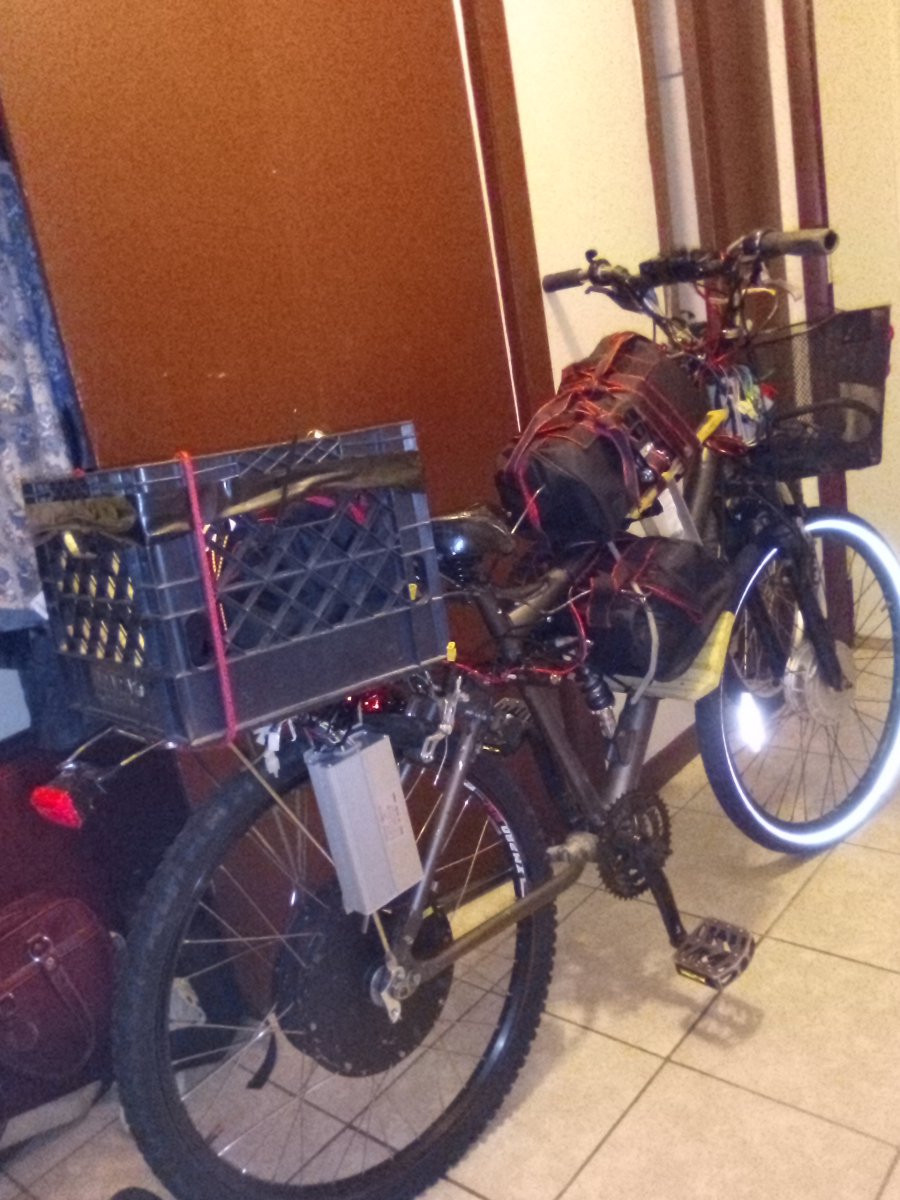 Saturday at 4:51 AM
curtis
C
C
As the Hub Motor Turns and the LiPo Fire Burns.

F
Running into limitations with my e-bike, what direction would you go with a custom build?