Hi everyone. I'm based in sunny WA, and have just completed my first 15km ride on my Bafang BB02 powered Trek 800 mtb (photo attached). I'm rather impressed. However, there are a few minor areas I feel I could tweak to render the whole thing even better, so I went looking for information online and found this forum and its associated resources. I suspect I'll be calling on the collective knowledge a fair bit in the near future, especially following Christmas when I'll have a bit of time away from work which will give me the opportunity to get the whole thing dialled in to my liking. 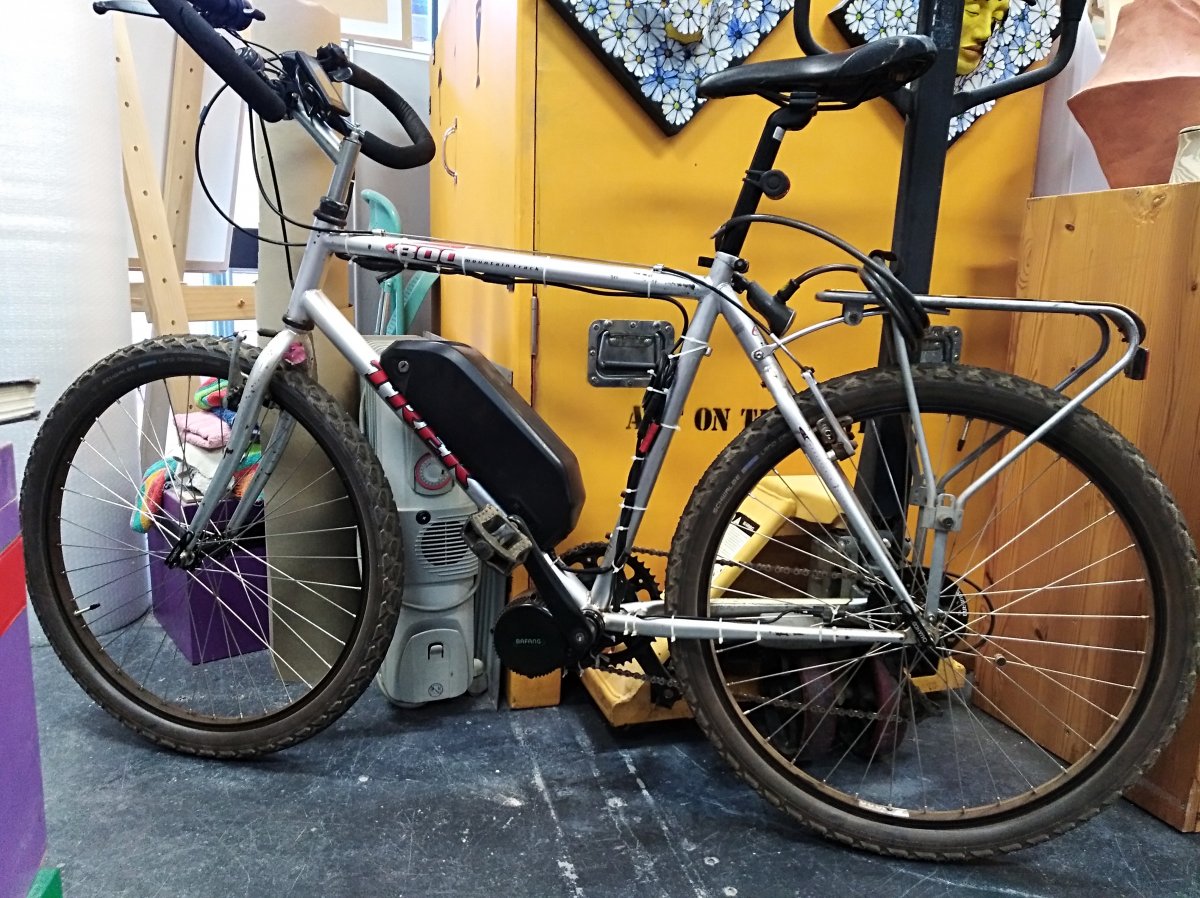 Thanks. It was supposed to be my Giant Transend, but, after getting the conversion mostly finished, I discovered a major crack in the ally frame (not impressive after not a huge mileage of not terribly hard use), and the Trek was the first suitable thing that popped up on Gumtree at a price I could afford. As it turns out, I like it much better than I ever did the Transend. Truth be told, the frame is a size or two smaller than I would like, but it will do for now. I just lucked into a larger Mongoose frame on Ebay, which will be built up as an eventual replacement.