Wondering if anyone here knows if something like this exists.

My wife's grandfather attempted to go for a bike ride with his son (my father in law) this past weekend and he was having such a hard time balancing he gave up before they got out of the driveway. My father in law mentioned to me he was going to look into a tricycle because they are trying to keep him active.

Despite him getting around pretty well for his age, a tricycle is likely going to be heavy and I'm not sure he would get very far with that either. So I started wondering if someone made a PAS tricycle, or if one could be converted

Anyone seen anything like this out there? Has anyone done a conversion to tricycle and is it basically the same as a regular bike conversion?

This would never get within 5 miles of singletrack, just around the neighborhood, so we don't need to discuss access issues
Last edited by a moderator: Jul 24, 2020
M

There are many such things ready-made; let Google be your guide.

I did try Google, came across the Workmans Cycle one and others like it. Most of them seem to use a throttle rather than PAS. I've never ridden a throttle type e-bike, so not sure how that compares to PAS. Might not be a big deal, but I'll keep looking.

I wasn't sure if trikes had different drivetrains, but if mid drive conversions work that could definitely be an option. Thanks.
B

A couple of weeks ago they had an ebike convention where I live and they had a few trikes that I demoed. They sectioned of the parking lot so you could ride them. I rode one recumbent that was modified with an electric motor at the crank. It was PAS or you could use the throttle if you didn't want to pedal at all. I also ride one non-recumbent this had a carrier on front for kids and was strictly pedal assist, this was a factory bike.

After riding both of them I liked both, if you want a factory pedal assist you week need to go with the upright and I think all well have carriers. Most trikes you can find online to buy at recumbants that will have cheap hub motors with no pedal assist, which I wouldn't waste money on. I think your best bet is to find a local ebike shop and they can retro fit a good PAS on a recumbent or get you a good carrier type upright trike. If you don't have any where your at, PM me and I'll send you info about the one that made the ones I test rode.

I have a couple pictures of the trikes but not many, I was more interested in the PAS mtn bikes. 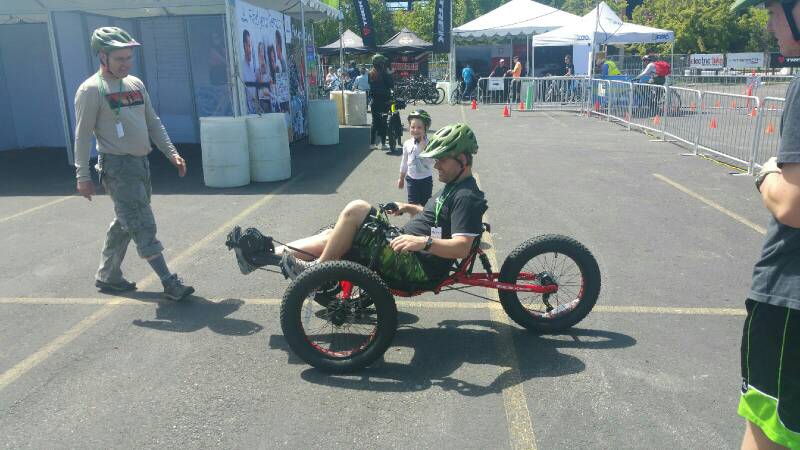 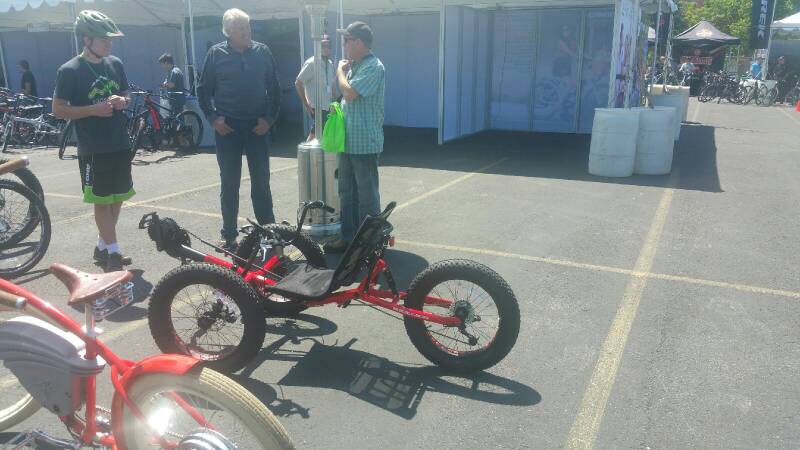 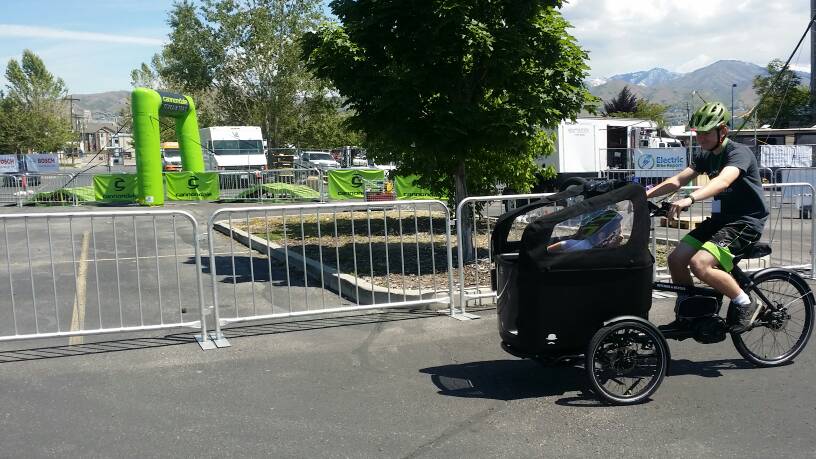 Unknown Bike with an Matrix Battery

I had some eBike fascination yesterday