E-Mtbs now on the frontline for backcountry rescue.

Excuse the full quote of the article but it's short

The electric assisted mountain bike is going to be used as another tool to assist victims in the back country.

First responders in Blaine County regularly use mountain bikes to reach victims off the beaten path.

The new e–bike rides like a regular bike, but can reach up to 21 MPH with its electric assistance.

“You know if we had a rescue back here 3 or 4 miles in, sometimes there’s several thousand feet of climbing involved. If you have a backpack on, to be able to get to the patient and administer medical care, and start that treatment before your transport teams get there, this is going to enable you to get to them quickly, asses the patient, determine what your needs are going to be, and provide a much better service with resources that we have,” said Christian Ervin, Hailey Fire Department.

“The real advantage of it is that you can get up the hill and you’re not totally exhausted when you get to your patient and you have to initiate your patient care and do your assessment,” said Rich Bauer, Captain Paramedic for Wood River Fire and Rescue.

One of the benefits of having an e-bike over a motorcycle is the fire departments are largely comprised of volunteers and they don’t always know who’s going to be on call in the case of a back country rescue.

Not everyone can ride a motorcycle, but just about everybody can ride a bike, even me.

The e–bike was paid for by the St. Luke's Wood River Foundation and the Wood River Fire and Rescue Fire Fighter's Association."

Electric bicycle helps pick up the pace in back country rescues 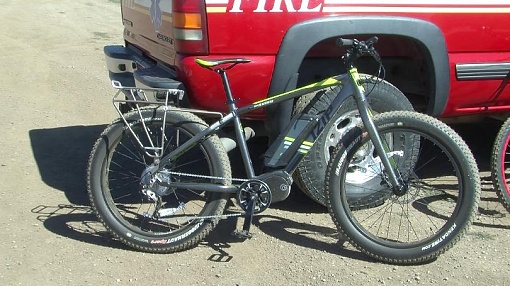 In PC they just use XR400s, and they can haul a lot of crap if needed.

Seems like a good use for a motorcycle of any persuasion, though. It'll be interesting to see how it works out.

They directly address this issue in the article:
"One of the benefits of having an e-bike over a motorcycle is the fire departments are largely comprised of volunteers and they don’t always know who’s going to be on call in the case of a back country rescue.

Not everyone can ride a motorcycle, but just about everybody can ride a bike, even me."

You live in a metropolitan area with huge resources. We live in the backcountry. Small towns, and many volunteers. XR400 weighs 300lbs plus before you get anything on there. So if you can afford to have people trained in how to use one standing by 24hours a day, that's very nice. We can't. It's a 3 hour drive to a city with over 100k.

In addition if there is a search extra mobility is always good.

And this also brings to mind another safety benefit of e-mtbs for personal use: besides additional protection being easy to bring and wear, you can be better prepared in case you need to spend the night.

Maybe that's no big deal in your neck of the woods. Here exposure during unexpected overnights kills people every season. 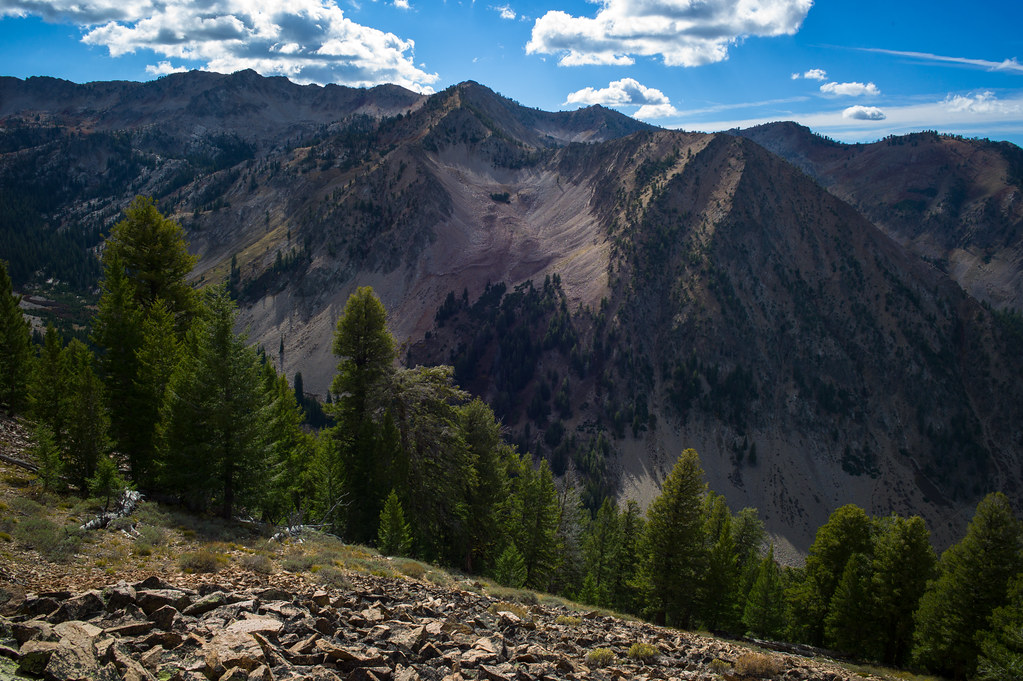 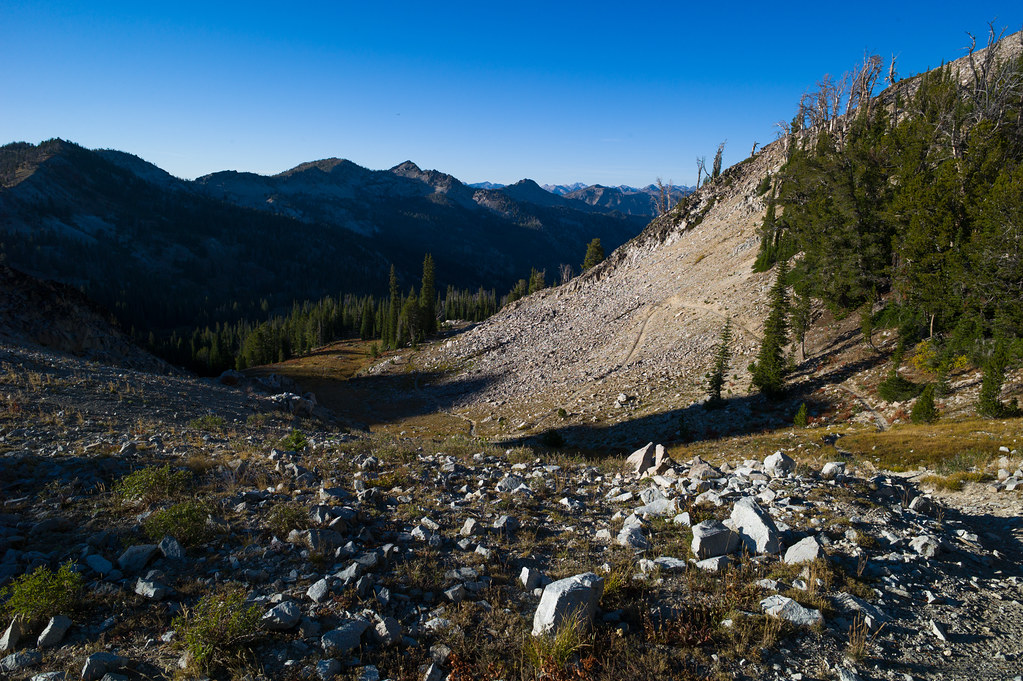 "SALT LAKE CITY (ABC4 Utah) - Each time a call is made to search and rescue teams, nearly two dozen brave men and women answer the call.

At least 15 of them are volunteers who specialize in different rescues.

Unified Police Department told Good4Utah its team has been dispatched 10 times since the beginning of the year.

Statewide in the fiscal year of 2015, SAR Teams in Utah were called out 604 times. Those missions resulted in 1,444 people rescued.

“They are doing this out of the goodness in their heart, want to come to help the people who need the help the most,” said Joe Dougherty with Utah Emergency Management.

Dougherty adds, "For the last fiscal year we reimbursed sheriffs about $272,000."

The reimbursement money goes to equipment, rescues and training.

Utah Emergency Management said 60 percent of those who need to be rescued are visitors and new to the area.

"First of all people need to be informed about where they are going,” said Dougherty. "They need to know the terrain and even hike with someone who is more experienced if they need to."

You want to bring a charged cell phone. First aid kit with a solar blanket in case you have to spend the night in the wild. You’ll also want to pack extra food and water.

"People love to go hiking with their animals. So they need to be prepared for those pets as well,” Dougherty adds. "People should have extra food and water for their pets because we have heard sad stories of pets becoming dehydrated. They get heat exhaustion and heat stroke and even die when they are out hiking with their owners.”

If you plan on hiking or camping in Utah, first responders want you to let your loved ones know where you are going and the time you expect to be back to ensure your safety in the outdoors."
What's the cost of Search and Rescue? - Story | Utah | Good4Utah

I'm a motorcycle guy, I have been racing for years.

But I would rather have an ebike.
U

I would rather have both and a few extras
Last edited by a moderator: Jul 17, 2020
W

We have full time dudes (moonlighting ski patrol) employed by both the county and the ski resorts. I don't know hard numbers off the top of my head but I'd guess there are ~20 full timers if you count the bike patrol folks at the bike parks.

There is a ton of volunteer rescue stuff in SLC and the Wasatch front in general, though, so you're correct about that area. Those folks do good work, but not generally on bikes or motos, because the other side of the Wasatch is generally too steep for wheels.

"Summit County Search and Rescue is a group of dedicated and trained volunteers."

I don't see any 24 hour paid staff with XR 400s all warmed up. Bike parks are a totally different contained environment, not the subject of this thread, which is backcountry rescue. Not to say the same guys are not volunteers for the Sheriff, which is where all the 911 calls are going to go. But maybe you have some other links to backup your assertions that Summit County is more prepared for SAR than Blaine County?

Up here it's one big range after another and minimal cell coverage.

Which brings up another thing I like about my e-mtb. With the mtb, I wonder if I should drag the SPOT along as it's chunky. With the e-mtb, it's a no-brainer: I take it. 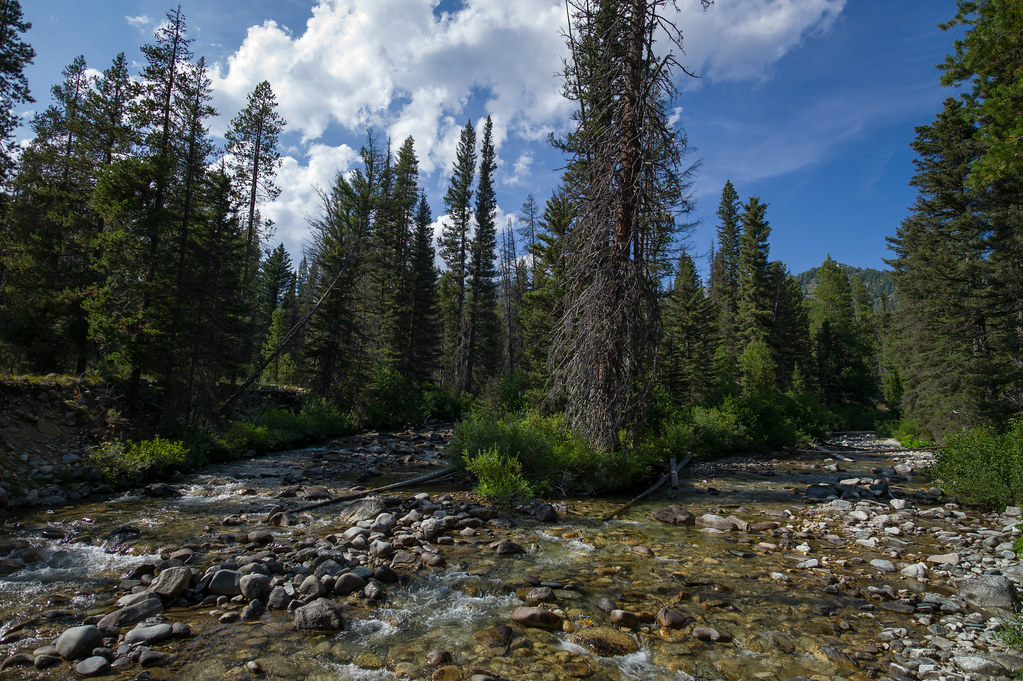 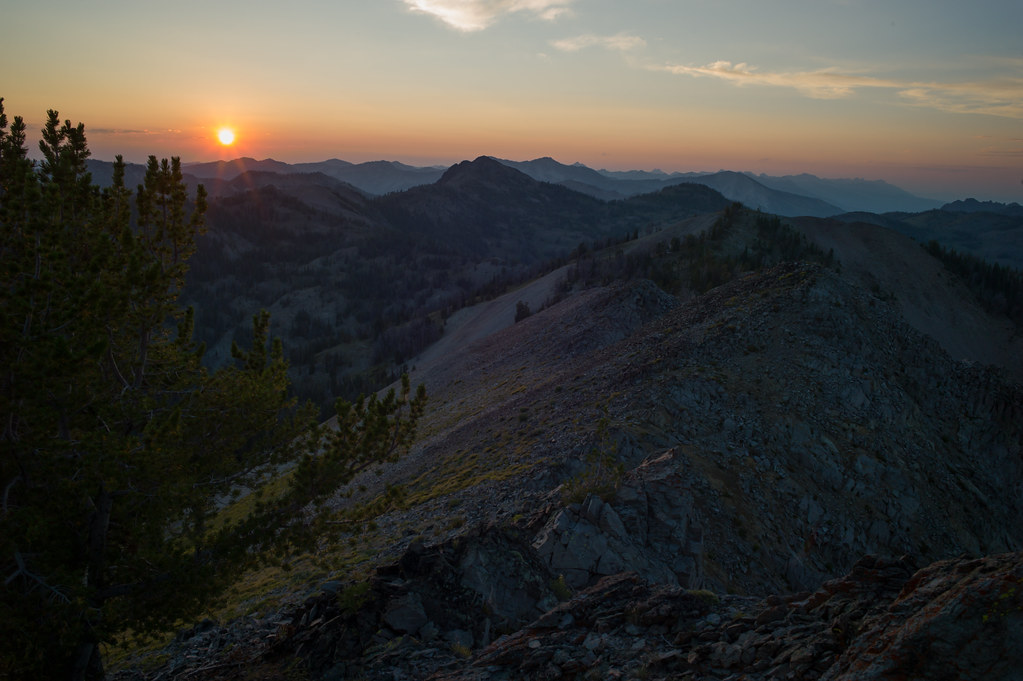 If I'm laying on the side of the trail bleeding out, an ebike ain't gonna cut it. Give me a motorbike rescue any day. Train the volunteers to ride them! Heck, if the hills are at all technical, then your normal casual bike person won't be able to navigate it anyway and will have to resort to hike-a-bike...and that's only harder with a 50 pound bike. So you've got to do training regardless...might as well do it on vehicles that can get there in time to actually do some good.
W

Well, the Fire Department operates a couple of them for trail rescues. I know this because my 4 year old is very into that sort of thing so we go to *every* fire department event.

Vail Resorts and Deer Valley have full time rescue staff as well and they have a variety of ATVs and motos at their disposal. Keep in mind that a HUGE swath of PC is ski resort and is managed by Vail or DV.

I guess if you want to keep googling stuff about Summit county you're welcome to, but I'm not clear on why. I think the e-bike is a great idea for a rural area with volunteer fire dept. folks who can't necessarily safely ride a moto. If you have people that are full time who can use a moto, I'd probably pick that for rescue work, though.

I could see this coming a another great use for e bikes there are so many soon park rangers will be using them just makes sense, un like a xr400 a e bike easily fits on a bumper rack can be transported then quickly taken off to rescue a injured MT biker . A another example of how e bikes are helping .
J

If your laying on the side of a trail bleeding out you don't need an e bike or motorcycle, you need helicopter transport.
E

Okay, so bleeding out was the wrong example. How about broken back, sun is setting, and it's going to drop below freezing? My point is if there is a timetable, an ebike is slower than a mc...and the mc can go anywhere an ebike can go. There will be training on how to ride trails and stream crossings and other difficult bits of the terrain regardless of the form of two wheeled transportation, so it would seem logical to train on the quicker, safer, more rugged, greater ranging, greater payload carrying form of transport.

The idea that the ebike can be more easily tossed into the truck for transport does certainly seem like a big plus...hadn't thought of that.

A volunteer using an ebike has to maintain a certain fairly high level of fitness regardless of wattage, whereas the same person on a dirt bike wouldn't have to be nearly as fit. A volunteer on the side of the trail puking his guts out because he isn't fit enough to ride the ebike isn't going to do anyone any good.

At any rate, I'm glad they are trying different ways to utilize the ebike. Perhaps it will work great...but I have doubts.
L

Motorcycles would be useless on many of the trails because of deadfall. It is difficult getting a bike over downed trees and straight up impossible to get a 3 hundred pound machine over with steep exposure on both sides.

Motorcycles require lots of extra equipment that would be cumbersome while performing rescues. When you factor in the extra preparation time required the time difference drops.

Every single search and rescue volunteer could handle an ebike just fine.
B

Are you guys still arguing about S&amp;R? Who cares what they use? Pogosticks, Ebikes, motos, quads, snowmobiles, helos, whatever tool makes their job eaiser is fine by me.
W

Yeah, given that the main tool for S&amp;R is helicopters, I don't think we should give much of a crap about any tech below that level.

Are electric bikes better than bikes?
2

This is precisely the "Gatekeeping" attitude we face.

Article: If everyone bicycled like the Danes, we’d avoid a UK’s worth of emissions