I really want one of the new Merida Eone Sixty 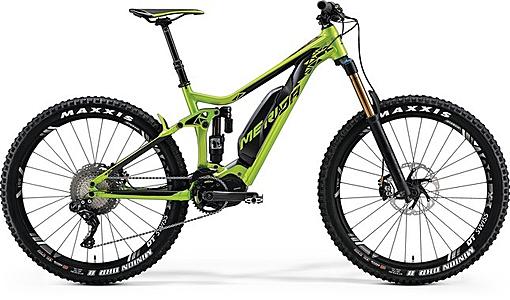 But lots of the reviews suggest you'll struggle if you over 6ft...
and looking at the geometry this is true for me, compared to my latest (manual ) bikes, the large would be slightly small (I'm 6'2"). Just how much do you need to worry about the sizing? As my (ever eager to sell me kit) LBS says that sizing doesn't mater so much, as "you don't need a room TT to aid with breathing/climbing' performance"
Last edited by a moderator: Aug 1, 2020
B

Walt is the expert here, but (FOR ME) at 6'1", as long as the top tube length is comfortable (usually 19-21" frames, but one e-MTB is 18", I think), I can adjust the seatpost length and bar/stem to have an acceptably comfortable and seemingly efficient cockpit.
W

Oh, jeez, can of worms on that one.

The only way to know for sure is to test ride. *In general* the LBS statement is a bunch of baloney. I can "fit" on a 16" frame if I've got a long enough stem and seatpost, sure (and my "breathing and climbing" performance will be ok). That doesn't mean it's going to ride well for me anywhere else, though.

The correct geometry for what you like to ride/your proportions is the most important thing in selecting a bike. If you think it's too small, it probably is - but a test ride can't hurt.

Tbf to my lbs, I was poking fun at him, he's made his pitch offered me great deal&not come on with the hard sell. I'd agree you can fit any bike, but have demoed&tried friends bikes & do believe that there's more latitude in sizing with ebikes. Though having tried to love a potentially bargain off a friend, I had to admit it was simply too small, no matter how cheap it was (it was a lot smaller than the Merida L, which is not tiny compared to current bikes). So I'm nervous about such an expensive purchase, hence my 'self validating' post & hope of to gain from other ppl's experiences.
A test ride would be fantastic & I'd jump at the chance & am enquiring about one. The bike is coming out top of all the tests over this side of the pond, but that's not a reason to rush in.
All input is second welcome though, thanks
Last edited by a moderator: Sep 6, 2020
T

I am 6'-1" with 32" inseam and long torso.
My Haibike is a L so I installed a 120mm stem so it would not feel cramped.
I should have demoe'd before mail ordering and would have preferred an XL.