Hi everyone, I’m hoping someone can help me

I bought a 2nd hand Bulls Green Mover eBike a few years ago and has worked perfectly until recently. I think it is a 2011 model, I has a display and a 3 button controller as shown in the photos. Having spoken the UK’s agent for Bulls spares it appears that the display on newer bikes is different, and they contacted Bulls in Germany who no longer have any recorders or spares for this display or control pad. But that is not my problem as they arrear to be working properly.

When I used to use the bike and pressed the control buttons the display would go into a “ Search “ mode and the Battery level and power output selected would show on the display. So I am assuming at it has a Bluetooth connection to the battery and also the sensor to measure your speed and distance travelled, as the are no wires between the display and the battery or speed sensor.

Then one day it didn’t got into Search Mode but shows “ Akku An ? “ which is Battery On? In German.

The Battery is fully charged and I have looked to see if the is another Battery to power a Bluetooth sensor at the battery, but cant see one.

There is a battery on the Speed Sensor and I have changed that together with the battery in the display, but still have the Akku An message on the display. I don’t seem to be able to say yes to the question so I an assuming again that it has failed to find the battery and to speed sensor.

There is a Paring mode on the display, but it doesn’t Pair to anything so I am assuming that it is probably for a Heart Rate monitor, as there is a setting to set Max and Min Heart rate on the display.

I’m using the right battery, a 2032 button battery, but might it need a higher output battery if they do such a thing.

Many thanks in advance.

hi there, go here, and use google translate on your phone, to pair the battery, and also the spd/speed sensor
when pairing, it should do the battery first, and then the speed sensor second 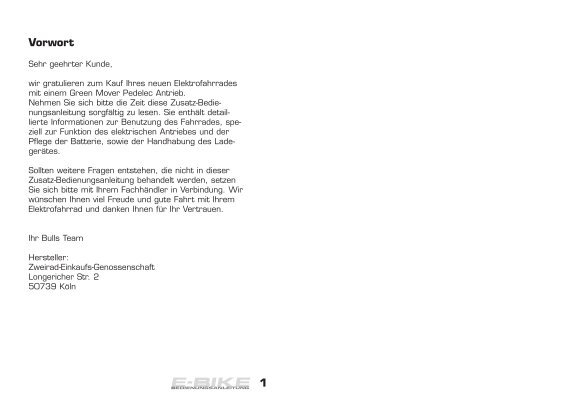 once it has paired, let the display go off after 10 minutes

then press up and down on your buttons, to wake it all up, and you should see battery and speed sensor connecting

Thank you, that's great, I'll let you know how I get on.

press up and middle button for a few seconds, until it says "pair"

then middle button for yes (I think)

then hold down power button on battery for 5-10 seconds, until 1st battery light lights up,

release the button, and all the battery lights start to flash in an odd way, and this should pair your battery (and speed sensor)

leave it alone for 2 minutes, then give the bike a test

(I only got a green mover bike yesterday, so am still learning myself)
J

Great, that helps a lot will try that in the morning

Hi, That worked a treat, I'm back on the road, Thank you very much

Searching for user manual for a "S2" display / controller