I have not been paying much attention to e mtb's but now that I have my an e road bike pretty much dialed and the opportunity arose to try out a kit mid drive that ticked all my boxes, fits 68mm bb, torque sensor, 750w, compactish and $550 I subscribed as I had the bike and my 52v battery from my road bike works on it as well. A few hours of fitting and a trip to the hardware store for some bits and it was ready to ride.

Took it out for its maiden beat and headed for the steepest route I know of. It is on the other side of town but shuttling the 7 miles over there in eco mode was no problem. This particular climb ate a controller on my road bike last summer and I had a score to settle with it and this setup handled it nicely in 2nd gear and 2nd mode with some active pedaling input on my part. It was pretty quiet on the way there and not much more than a low growl when under load climbing so that is a bonus. So what they say is true, mid drives will climb better than a hub drive. Imagine that. 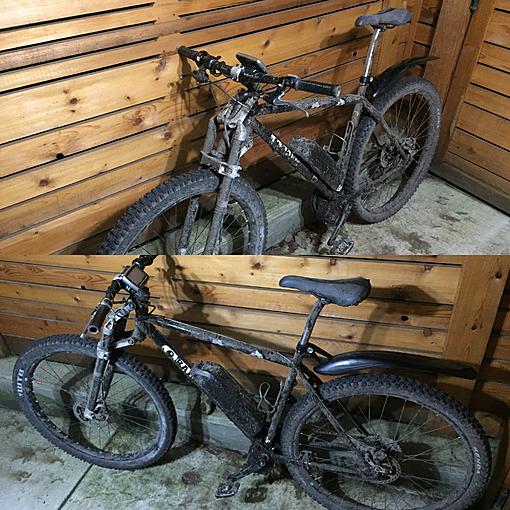 Used about 9ah of battery or about 450wh for the ride and didn't baby it at all and went as fast as I wanted to go.

I guess you could spend a lot of money on a e mtb but I would be hard pressed to do so after riding this as it will do all that I want. It doesn't do the road work as well (fast) as my drop bar bikes but that's ok and it's enough to get to the trail head on its own. Next stop the single track stash!
Last edited by a moderator: Jul 30, 2020
B

Fenderizing went easily enough, even got a light duty skid plate out of the deal. 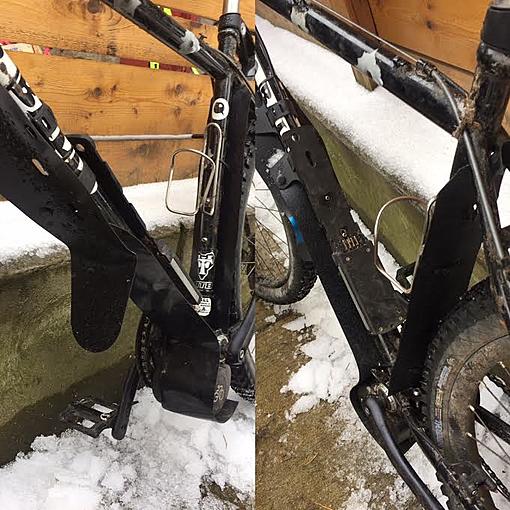 Used my lowest gear, a 42/38 and lowest setting for the ride except for shifting down a few times on the connector roads. I don't like to ride too fast when alone in a remote situation.

Climbed some seriously sketchy shots which was fun. You folks scared of people climbing super fast don't have to worry about me, slow and steady is my style. I have re-nicknamed the bike Qbota because it is like a tractor.

Back to your regularly scheduled bit ching sessions. Just know that these type of bikes are not going to go away. The best one can hope for is that those that adopt them ride them with respect to the law and other trail users.
Last edited by a moderator: Jul 30, 2020
B

Granted ones a hardtail and the other FS but my priorities are different than someone attracted to the Shuttle in that I just want to go out and dink around on my bike and go slow on the downhills to boot. Plus it only cost less than $700 OOP to put this together.
B

Made some more mods to the system in order to achieve a better chainline. 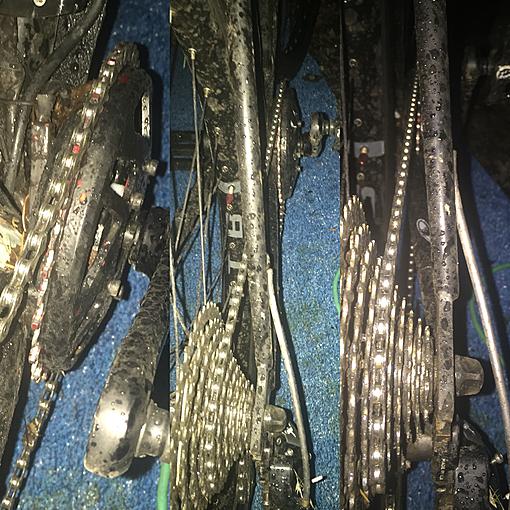 There is a housing for the final drive gear that pushes the ring/crank out and with an offset chainring and a little McGuyvering it got much better.

Also due to the housing I used some straight crank arms from a Bafang system (Right arm needs to be like the left with the proper spindle threading) which knocked the Q factor back an inch and a quarter OA. So at this point it is as good as that is going to get with this system. I hear that the Shimano 8000 has the same Q factor as their XT which is very cool. But I find that for mtb my cadence for the most part is less than when I ride road and it doesn't seem to bother.

The stuff this bike will climb continues to amaze me. Too much fun!
Last edited by a moderator: Aug 1, 2020
B

Yesterday's ride included some overly deep water crossings. Not flowing, just puddle like in nature. Got through the first ones with dry feet by lifting them and burping the throttle to glide through. But at one point one got too deep, probably half the bike under water, and I had to put a foot down. So now that my feet were wet and that didn't matter I just pedaled through the last few. 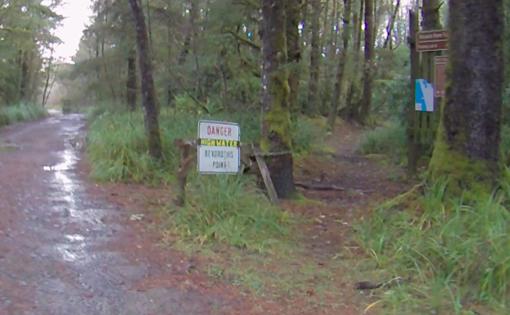 Since piecing this bike together a few weeks ago I have been wanting to get together with a "manufactured" e bike for a comparison ride. Got the chance yesterday to do so in the Sisters, OR area. Which normally this time of year is full on snowed in.

The other bike was a carbon Levo which of course is a FS but by hand scale wasn't way too much more heavy. It had the 3.0 + tires on it also. The terrain was windy single track through the Ponderosas with rock outcropping features mixed in. Not a lot of elevation gain but many speed changes. My friend is quite a bit younger and more up with the whole single track for speed thing than I but we managed to stick together for the most part through out the 21 mile ride with him leading the way.

We swapped bikes, and shoes as I had ground down my non drive crank so it would better clear the chain stay after my quest for Q factor and it boogerd the spindle so that it wouldn't come off. Luckily we had the same size feet!

It took awhile for me to get used to the grabby and wandery steering effect that I find the norm with + tires compared to my usual 2.3's. The ground was mostly firm but as the day heated up it got a little sloppy with standing water on top in places. I am here to say the + tires suck in those conditions as I almost washed out in several corners due to the front end skating.

Power delivery of the Levo was perhaps a bit more refined than my TS kit but not so that it made a difference. The Brose system is quieter as has been noted due to their use of a belt in the gear reduction instead of a helical gear etc.. The TS is not loud but does have a bit of a growl to it.

Both bikes were kept in the eco mode all day, except for the first 1/2 mile after switching over the Levo had timed out and I rode it with no power and it felt every bit the heavy bike but still pedaled ok enough. Because there is no handlebar display it was not evident that was the case and I just thought the power delivery was weak...

After a few hundred miles now of tight single track use it is apparent to me for my style of riding that eco is really all one needs. Any more and the bike wants to "lunge" while doing tech moves which is disconcerting. Both bikes in eco mode provided assistance up to the top speed we both were able to travel at which was in the low teens for the most part. What the motor does is help to maintain momentum and get one back up to speed after an obstacle or sharp corner. My friend who rides these trails regularly on analog bikes also commented that in the flat section at the start the e bike made the corners more fun as his speed was elevated enough to rail them.

As noted above my kit system has a throttle which is really only useful for starting off or perhaps burping through a tech section where crank strikes might occur in order to keep the motor activated. Crank timing on a PAS bike doesn't work all that well. My friend liked the feature and agreed that it didn't do any harm to the world to have it available.

After this trial I am happy enough with my ghetto mid drive as it performs on par with a bike like the Levo and is lighter also. The ability to upgrade my battery to the new 21700 cells here soon and use the same battery on my e road bike and e mtb is a plus also. When the new battery chemistry gets traction they will show up in few years on the manufactured bikes but I would predict they won't be able to retro in to existing bikes. It's not that the current batteries are bad, they work fine, but the new ones will have a higher C rate and take way more charge cycles.