2019 Devinci Ac XT Anyone riding one?

Thoughts if you've ridden one?

Leaning towards getting one in the next couple of weeks.

I like the bolt on components and not too concerned with an aluminum frame or the extra bit of weight it brings with it.

Really like the price tag (well, it's still crazy how much bikes, E and pedal both, cost, but in comparison it's pretty good for what you get). 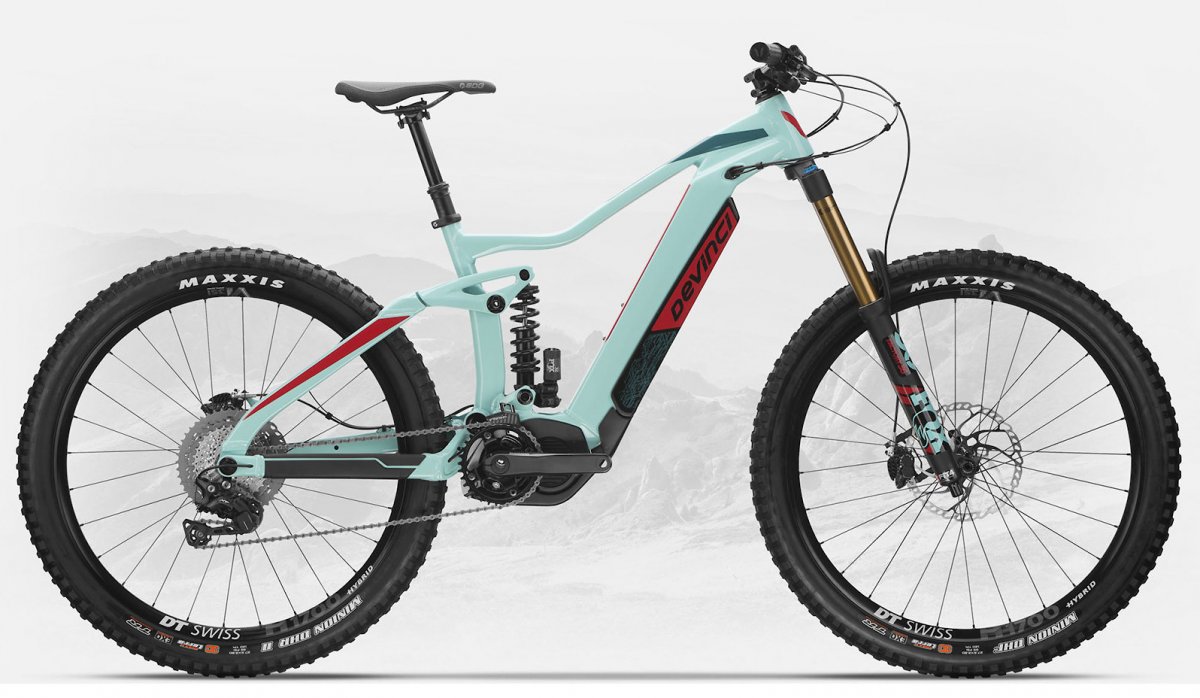 I like Devinci, but you need to read reviews and look at geo, this bike is an enduro/mini DH, long and slack, big travel, long chainstays, meant for going fast and straight.
R

Thanks for the reply. I've searched online for reviews and there really aren't that many (I found one on Vital) from consumers that go into detail.

I currently ride a Transition Patrol with a Fox coil and a MRP Ribbon Coil. For 99% of the riding I do the amount of travel and head angle on the Devinci will be welcomed. My elbows and shoulder joints will also enjoy the travel (old industrial construction guy).
N

It looks like a nice bike, love the Shimano Steps, that's what my wife has on her Shuttle. It's gonna weigh a ton, figure #55, but it'll work great for lapping stuff with long climbs.

Chainstays are still quite long, which is a downside. Coming from a Patrol which is quite agile, I think you'll be disappointed as this bike is not going to manual well at all.

Do you need that much travel? The Shuttle is a killer bike, only 160/140, short chainstay, no coil option, but it's the ideal all around trail ebike.

I'd suggest you ride one first, not all ebikes are created equal.
R

Yeah, it's going to be a pig for sure, but, for me, the longer travel is worth it. Years of construction and MX has taken its toll on my body. When I ride anything under 160 my shoulders and elbows bark for days afterwards. Just too much jarring.

I'm not too worried about doing manuals, because I can't. LOL. Oh I've tried, but sometimes you can't teach an old dog new tricks (closing in on 62 at a rapid rate).

Thanks for your input!
N

You got me by ten, I'm at a desk now, but did construction and stupid pet tricks for years, now every day is a sore day, but riding nearly always feels fine.

If you can, try out a shuttle, it really is the best of the best, it will ride similar to your Patrol, no joke, but with power.

I can wheelie the Shuttle without power, but it takes some effort. Kick on the eco mode and wheelies feel natural, nearly the same as a non ebike.

Shuttle is ridiculously priced though. $10kusd, vs $5800 for a Devinci AC or DC. Practically a 2x factor there

the alu vs carbon will not make a difference imho. And I ride a carbon eMTB. Just makes it look a little prettier, not much functional difference. Carbon has its strength to weight, but then it doesn't like being hit with rocks without shattering

Don't know why one would toot the bugle of only the Shuttle when there are at least ten other equivalent high end eMTB on the market today, many which cost a bit less, some with unique features that might out do the Shuttle, including at climbing, manualling, throttle engagement, etc. The 500WH battery capacity is a outright disaster for them in 2019. 43.9cm chainstays? why that is shorter than the new Turbo Levo at 45.5cm, but signif longer than my 42.6cm chain stays on my less expensive Powerplay. I also found I prefer having the EX groupset with 8 cogs which surprised me as appropriately simpler yet tougher componentry, not needing the 11 or 12 cogs for non-assisted bikes. Several brands offer quick swappable batteries, or dual batteries, which the Pivot does not offer (neither does Rocky), but for some this can be important.

140mm rear, might as well have 150 and 3 modes since you don't have to provide all the climb power with your own legs imho. 140mm makes it a touch less desirable for bike park use. Depends entirely on the trails in question and the rider's intentions of course.

The trouble with the idea of XX bike being the 'best bike' is that bike becomes the target and get nipped off the top step 4 months later by the next best thing. And the cycle repeats. Saw a lot of that in the last 12 months on eMTB
R

Well the Devinci purchase ended up being a fiasco. For some reason, which my shop could never get an answer, Devinci kept cancelling the shops order. After this happened twice I threw in the towel. If I can’t even purchase the bike without a big hassle how would warranty work if something happened?

Ended up with an Intense Tazer. I’m having a blast on this bike!
L

Congrats on the Tazer! I am very intrigued and would love to see some pics
N

Yes, the Shuttle is expensive, but it’s also a full carbon bike, designed by Pivot, with DW suspension.

10k vs 6k seems like a big difference, it makes sense when you look at what you get.

Like any technology, you pay more for the best, so maybe you don’t need it or can’t afford it, which is fine.

As to the criticism of the Shuttle geo, quite frankly, you don’t know what you’re talking about. The Shuttle geo is spot for all mountain riding, comparable to current geo for high end non ebikes.
R

I suck at posting pictures on this site, but you can go to Intense website and see it there. Mine looks like the one on the site.

I just changed the bars and have a Rekon coming for the front wheel. The Minion isn’t ideal, IMO, for the hard pack we have around here.